I like to eat out a lot – and when you live in NYC – there are just way many choices.

Now I know there are countless restaurants in this city; and they have so many choices when it comes to them.

I mostly like Asian food – since I’m half Japanese and Thai – I can eat them anytime. I also like French, and American. I loooove Vietnamese food and buffet style Brazilian BBQ places.

There are some places I’ve tried and liked – but there are only handful of places that I keep going back.

One day a person asked me if you were to have the last meal of your life – what would it be? For me, it’s Hanger Steak vermicelli with extra topping of fried egg, at District Saigon. Hands down the best Vietnamese place I’ve been in NYC so far. 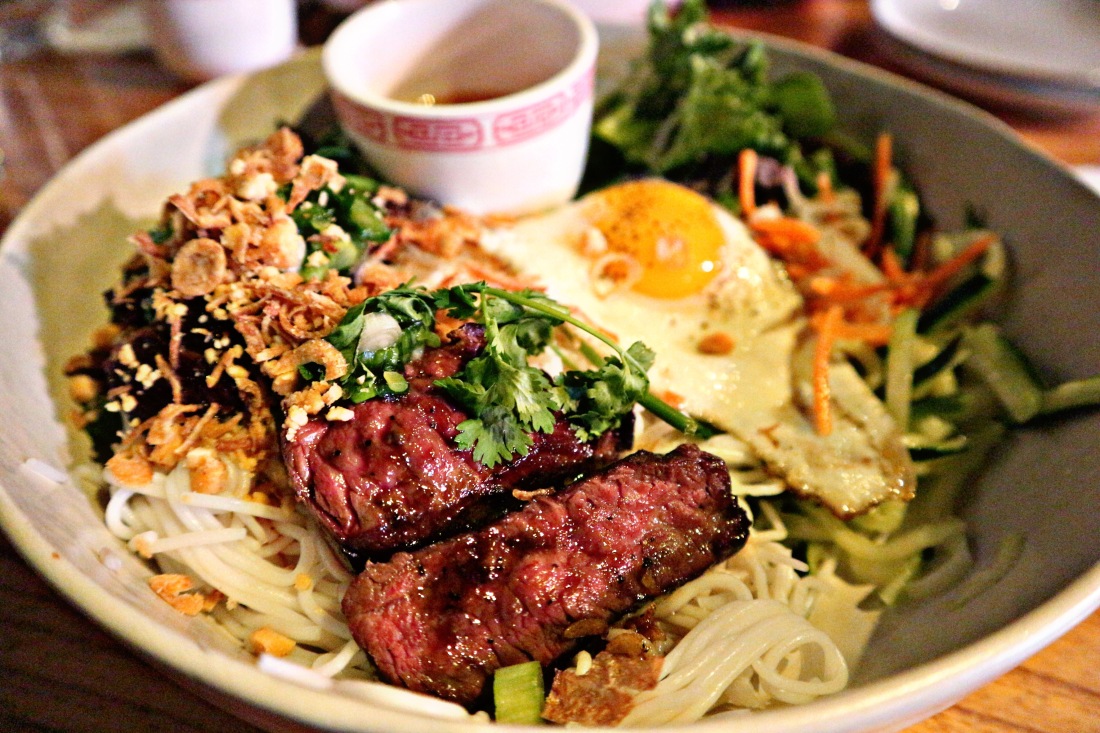 I believe they only opened up few years ago – and their catfish is also super juicy. (My friend said the most moist catfish she’s ever tried.)

Another place I keep going back to is called District Social. (Haha they are both District S_____.)

I usually go there for a couple of drinks and the steak. The other day though, my friend tried Cod with Lobster sauce and ohhhh my gahhhhhh its to die for. (I mean I almost wanted to push her off the seat and take her food. Jk.) But yes if we had known the sauce was good we would have told the server to never stop and pour that thing all over us. Seriously it’s that good!!

And I also tried their dessert for the first time. I had Creme Brûlée with fig. I love love love both of them so when they combine those two – heaven in my mouth. I’m pretty picky when it comes to dessert – even more so than food – and this one was perfect. Perfectly thin hard caramel and creamy & rich yet not heavy custard.

Its on 37th street by 8th Avenue, close to both Times Square and Penn Station.

Thank you for visiting, until next time 😊