Living in NYC for 7+ years, and studying acting, I was always surrounded by music.  There are always people playing music on subway platforms; and I sometimes go to Jazz bars…

But, New Orleans? It’s on completely another level. Literally everyone – I mean anyone – plays music and jazz… even some people who you wouldn’t expect to play by looking at them. (Ummm hmm don’t judge a book by its cover…)

I had fun drinking Old Fashioned on Bourbon Street, (Bourbon on Bourbon. Yes, that makes me happy. I’m simple like that. 😂 )

The musicians at the bar I went – Bourbon Street Drinkery – they were so energetic and upbeat like a marching band. It made me feel so excited and sing all out with them (yep I did not care.)

New friends I made from the Ultimate Swamp Adventure – a couple from Toronto who play music – asked me if I wanna join them in the evening to go listen to Jazz on Frenchmen Street.

And that’s the place to be for jazz – so I said heck yeah!!

The show they wanted to see at Snug Harbor was sold out; so we just found a restaurant down the street that had plenty of room and jazz that sounded pretty good. 🙂

They also had Warriors game on the TV screen – what more can I ask for? What a perfect night!! Lol had some steak and totally pampered myself…

We step outside, and see a group of people playing jazz in front of a cafe that’s closed for the day. They had this gipsy-like feeling (not in the racial context but more like nomad, wanderer sense). Suddenly my mind was transported to Berlin… it was so magical.

We keep on walking and we see a group of guys and a couple is dancing to their music.

And we walk further down, and we see another group of people playing music. One of them was playing only 3-4 notes whole time… he gave me a feeling like I could pick up an instrument and play music instantly!! 😂 yay!!  They look like punk rockers but then they play jazz… interesting, eh?

New Orleans is truly a unique, culturally rich and fun city that became my most favorite tourist destination in the U.S. ☺️ 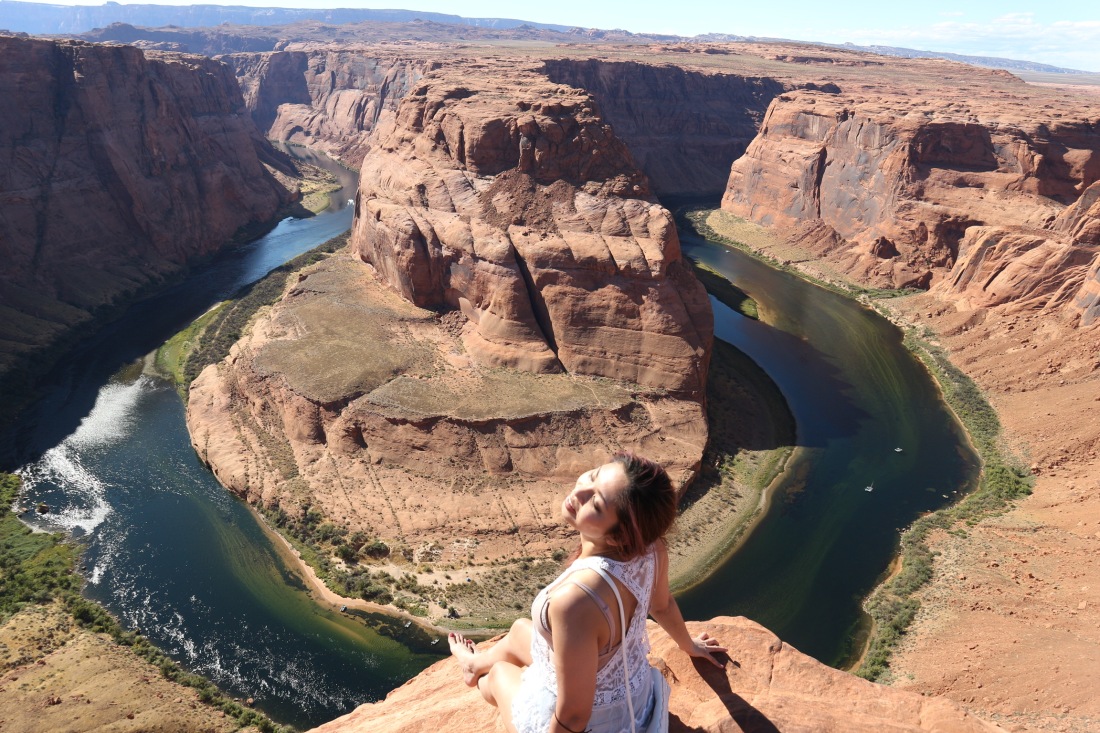 Hello everyone, my name is Erina. I’m from Okinawa, Japan – a tropical island with clear water, white sand, unique melting pot culture that has one of the nicest people on earth… ☀️🤗

I’ve lived in the United States for 12 years: – a year in Collegeville Minnesota when I was an exchange student in high school,

– half a year in San Francisco for a semester in college,

I studied Acting in Santa Monica and then graduated with BFA Acting from a college that has one of the most competitive acting programs in New York… (some of the most notable alumni are Laverne Cox (OITNB) Melissa Benoist (Glee, Supergirl), etc.

While I was doing a Shakespeare summer intensive program by BADA and Yale Drama, which took place in Oxford, England, I have awaken my inner traveller inside me – because we have limited time on this beautiful planet, so why not explore it as much as we can??

During that summer I took trains and travelled London, Brussels, Amsterdam, Berlin, Prague and Istanbul. (The trip between Prague to Istanbul was 48hrs 😳)

I’ve visited  55 cities in 16 countries so far that I can think of on top of my head… and many more to come!!